M-L-XL and 1+1 design gallery are happy to announce their collaboration for the project The Lost Original. 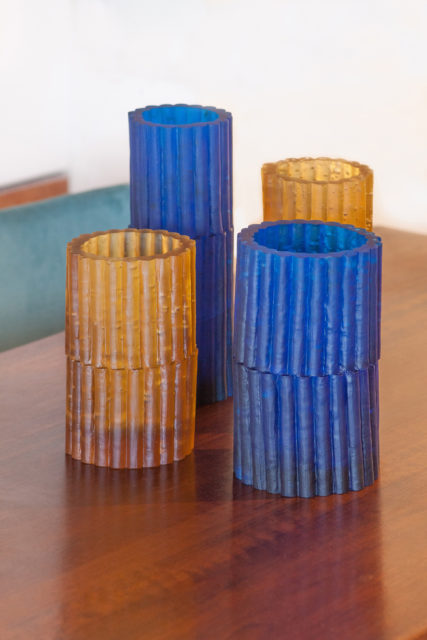 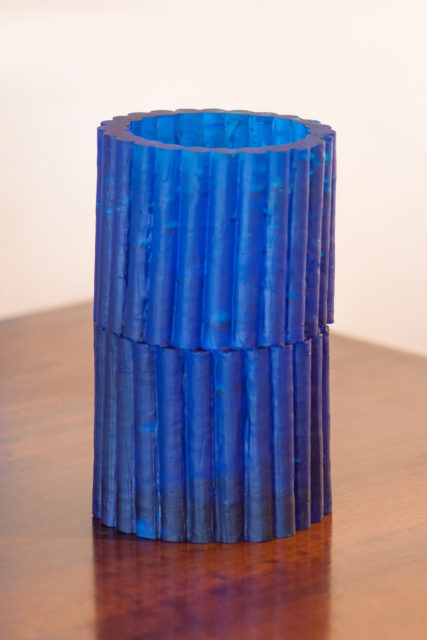 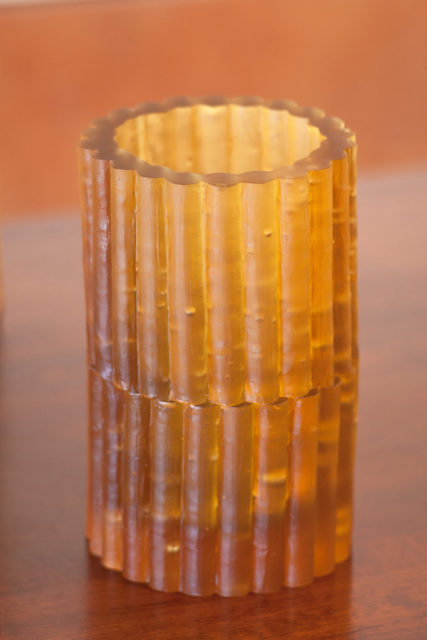 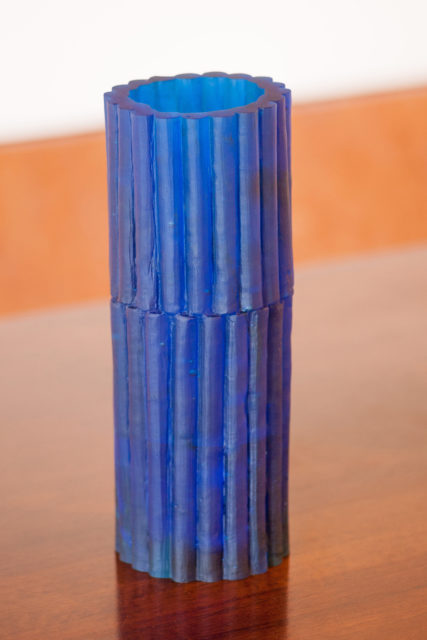 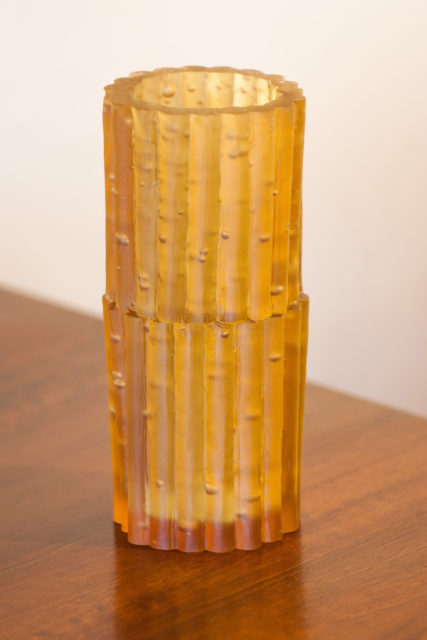 The Lost Original is a project that seeks to experiment with glass-making by using standardised, everyday elements to generate unique, one-off objects. The project uses the lost-wax casting process, a well-known technique generally used in metalwork to create jewellery or duplicates of small sculptural objects. Experimenting with this technique, The Lost Original inverts the relationship between the original and the copy, the unique object and serial reproduction.

Rather than creating a unique object from which to develop a standardised mould – the usual first step in lost-wax casting – The Lost Original takes mass-produced candles as the starting point. Reflecting on this standardised object, the designers have created a vase using the cylindrical module of the candle as the generative element of the design. Therefore, a series of candles are glued together to form an alluring rounded vase. By increasing or decreasing the number of candles and their sequence, a series of variations of the object are created.

Through this process, the original to be reproduced and the reproducible mould become one – questioning the relationship between original and copy. Following the creation of the mould/original with the candles, a plaster mould of the vase is cast around it. Once the plaster mould has solidified, the wax is melted erasing the trace of this impermanent, fragile original. Glass is therefore poured into the mould to create the final object – a unique copy of the lost original wax candle model.

To reveal the final piece each mould needs to be broken. This laborious process therefore results in a unique final object – the glass vase whose irregular surface with slight imperfections is read as the material trace of its singularity and its process of production.

By eliminating the notion of a mould as a standardised, reproducible, definite form, the project questions the mass-production system implicit in design manufacture. Playing with the idea of serial production, copy and original, it questions the idea of ‘form’ as being static, standardised and defined through the process of design as separated by the process of making. Instead, here the process of form-giving is active, impermanent and fluid, generated through a systematic act of making as a type of design.

The first four unique pieces originating from this project are showcased in our temporary showroom in Venice (Fondamenta Zattere, Dorsoduro 1389) until May 28th. Online, you can find them in our art inventory.